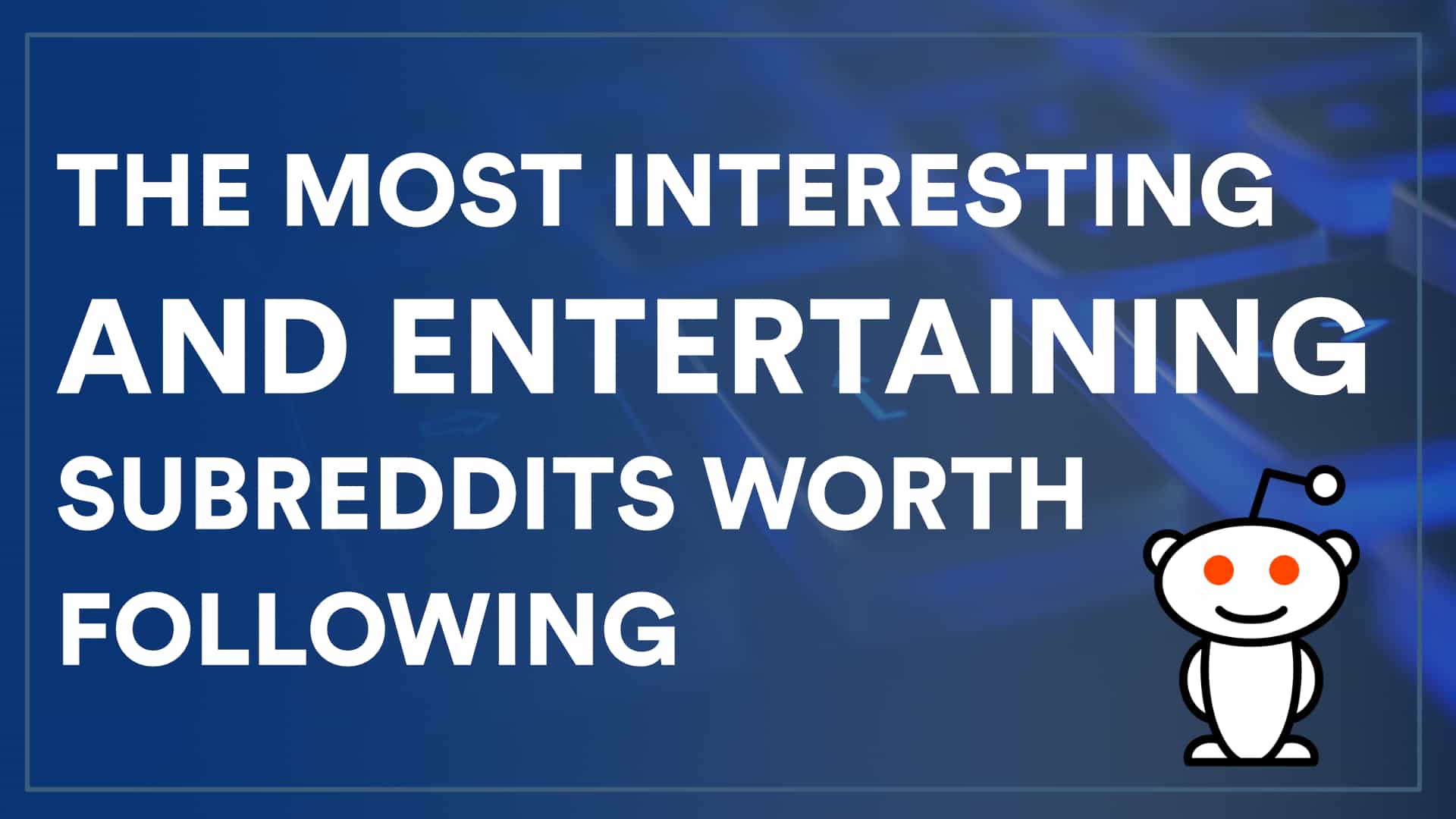 Reddit is such a giant place. I stumble upon new, interesting subreddits with hundreds of thousands of followers on a weekly base, even though I already use the platform for years.

I actually had to update this article within 5 hours of finishing it, because I found two more interesting subreddits.

Related: 5 Reasons Reddit Is A Crappy Platform That Doesn't Deserve Your Attention

The subreddits marked with a ★ are my personal favorites. They are more than worth checking out. Especially r/wellthatsucks never disappoints with great content and an amazing mod team that keeps the sub from getting flooded with reposts (like what happened to many other previously good subs).

The 11' 8" bridge in Durham, NC, also known as the "canopener," this old railroad trestle has a real hunger for any tall truck or RV that strays too close.

Awful Taste But Great Execution For everything that displays quality craftsmanship in the least elegant way possible. All things gaudy, tacky, overdone, and otherwise tasteless. Work done so well, you won't know whether to love it or hate it.

Swastikas in places you don't expect them to be.

Changing the meaning of a sentence by obstruction.

That time you were able to get someplace you shouldn't have been just by looking the part and acting confident.

This subreddit is for gifs of animals with text over them.

Gifs/Video/Pics of your everyday occurrence in Russia or the surrounding areas.

AskReddit, Ouija-style, one letter at a time.

A subreddit for screencaps of people who failed to see The Onion's articles as satire.

A subreddit that makes you say, "Aww! Ooh? What the fuck?!"

For animated gifs and similar formats, that get better the longer you watch them.

Giving another meaning to memes.

For sentences never before written, found in the wild.

Videos, gifs, or aftermath photos of machinery, structures, or devices that have failed catastrophically during operation.

A safe space for lovers of aquatic chairs. (Also bizarre)

r/Colorization is a subreddit that is dedicated to sharing black and white photos that you have colorized. Colorization can be very time-consuming but the results are often amazing.

A subreddit for gifs put together in a relevant manner.

So bad, it's ascended

MAY THE COMIC SANS AND LENS FLARES FLOW UNFILTERED

Here is a place to post all of your images of absurd receipts from CVS.

Memes that imitate and exaggerate the degradation of an image.

When too much happens at once.

Ever try fixing things on your own? Didn't come out the way they were supposed to? Do you stand there questioning your whole life? If so, post your results here to DiWHY (Pronounced DEE EYE WHY, DIwhY. It helps if you don't think of it as an acronym), where shitty projects from r/DIY live prosperously.

Phuck ups in english of any kind!

A subreddit for you to share the stupidity of people online and IRL.

If it's a problem you can only have if you have money we'll feel bad for you. Then we'll feel guilty for having enough money to have the same problem.

For all of the interesting, funny, or otherwise unusual things you see on Google Maps!

The realm of the most anti-climactic short stories from 4chan.

You know in games or movies when you find a odd little secret that someone in production left unnoticed for the few in the audience that would look for it or happen to stumble upon it? This is the place to share those things you find in real life.

A sub featuring exclusive content of hilariously ironic signs that will leave you laughing in your seat!

Elements of a culture or system of behavior that are passed from one member of the species Homo sapiens to another by utilizing a worldwide network of silicon machines that transmit electrical data to each other, each of which consists of an arrangement of pixels accompanied by locutions, the formermost of which deteriorates with each successive iteration while the latter increases exponentially in vernacular complexity.

Ironic Signs. A sub featuring exclusive content of hilariously ironic signs that will leave you laughing in your seat! Subscribe now so you don't miss out on all the action, and be a part of the fun!

It's hard to remember.

When two posts are in the perfect order.

A subreddit for Linux enthusiasts.

All about the original "Lookin' Good Susan" meme popularized by /r/bonehurtingjuice. All posts have to have something to do with Lookin Good Susan. Sub is not active anymore but awesome to look through all the older posts.

r/MemeEconomy is a place where individuals can buy, sell, share, make, and invest in memes freely. You'll also get updates on the market, and be able to collaborate with other fellow meme traders.

A place to post the most midly infuriating things!

A place to share pictures and videos (or whatever) of mild vandalism that is either funny or mindful (or whatever).

Only the best pics of mirrors for sale.

Nearly impossible feats of achievement, those with a great degree of difficulty or incredible odds.

One of the most entertaining subs.

Another interpretation of things.

For true stories that are so mind-blowingly ridiculous that you could have sworn they were from The Onion.

Comparing the past and present through photography.

For those little things that are inexplicitly satisfying.

Pictures of things that are recognizable as other objects.

A subreddit for things that, surprisingly or satisfyingly, fit perfectly into each other.

Here you will find content by good camera operators who keep a proper recording angle, have good control & perception of keeping the object(s) well in frame.

Dedicated to humor and jokes relating to programmers and programming.

This subreddit is devoted to sharing gifs and videos of robots that are useless or just don't do their job quite right.

A place for the shittiest, most mocking "pro-tips" you can think of. Whether you want to let us know how glue can help out your hair or the quickest way to clog a public toilet, we're the place to post.

A place to share many of the Split-Depth GIFS, you know the ones with the 3D effect by using white lines.

Logos edited cleanly to seem like the original but read as something else.

When there is just a little too much detail...

You can take care and decide the fate of a real plant.

For information that is technically true, but far from the expected answer.

Videos and gifs of expensive mistakes, catastrophes, or disasters.

Do you ever wish for things without thinking through them first? Do you ever struggle with finding the downsides of your hopes and dreams? Well, whatever the case may be TheMonkeysPaw is at your service!

Theory of Reddit is a mildly navel-gazing space for inquiring into what makes Reddit communities work and what we in a community can do to help make it better. This subreddit should focus on data, issues, solutions, or strategies that could be reasonably addressed or implemented by users and moderators, not admins.

And they said math has no real world applications.

This can't be a coincidence.

Thanks, I hate it.

The tires are out to get us.

Two or more Redditors unexpectedly in the same place at the same time.

An Unethical Life Pro Tip (or ULPT) is a tip that improves your life in a meaningful way, perhaps at the expense of others and/or with questionable legality.

People dying - but on the inside.

For everything that happens in everyday life that makes you say "well, that sucks"

A subreddit dedicated to the tools that take a beating.

What Could Possibly Go Wrong? The best place to learn what NOT to do.

A subreddit about people who miss the joke/satire.