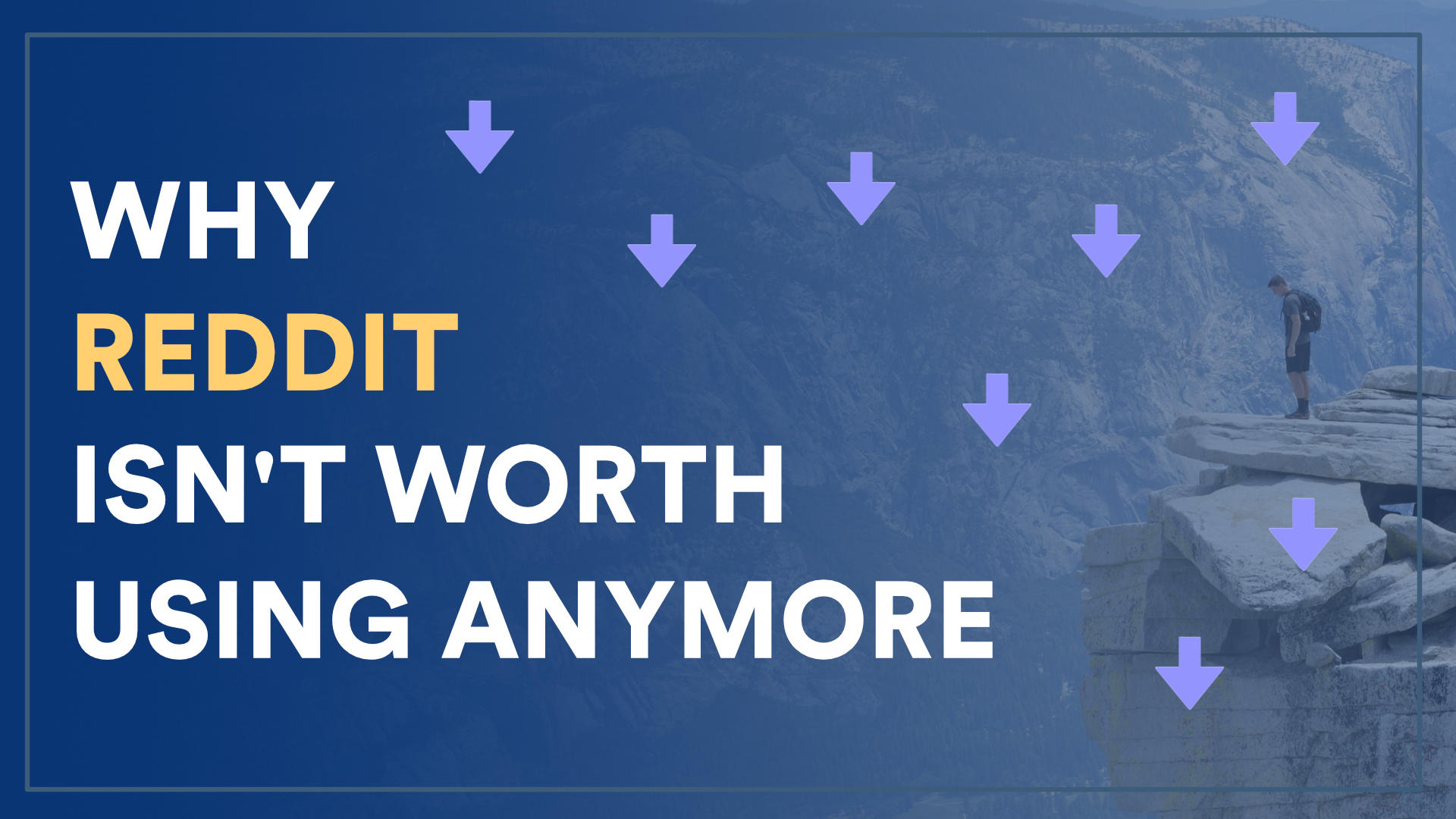 There is a huge number of so-called "Karma Farm Bots" on reddit. Their only existence is spamming popular subreddits with reposts to farm Karma-points.

Big subreddits are flooded with low-quality and often off-topic reposts by these bots. And the problem is: Users upvote them over and over again which really hurts to see.

It harms the overall quality of the site a lot and makes some previously good subreddits unusable after bot-operators find them.

It's a similar problem as with karma farm bots but instead, it's real people coming from low-quality networks like Facebook or Instagram. They repost every crap they see in the most low-effort way possible (low quality, often uncropped screenshots). And it's usually off-topic as well.

They destroy the site as much as karma farm bots do.

Moderators of communities are a big problem because many seem unable to use their power responsibly.

Examples of misuse are:

And that's a real problem. Let's take r/pics: A few people have control over what 24 million people can see.

Probably the most prominent moderator is u/GallowBoob. Just take a look at his feed and you will understand the problem.

He's also confirmed to apply shady practices abusing his mod powers. Posts that uncover these get removed under dubious circumstances even on communities u/GallowBoob isn't a moderator of.

As we can see, moderators cannot be trusted. They are manipulating reddit to their advantage and pushing agenda affecting dozens of millions of people.

After the giant investment of Chinese firm Tencent Chinese interfering is also suspected.

And now to the users itself. The voting system is reddits big strength over other platforms but also its problem.

In optimal circumstances, posts or comments with interesting content are being upvoted to gain attention and posts with off-topic or low-effort content is being downvoted to quickly disappear.

Unfortunately, redditors seem to misunderstand the purpose of the downvote button.

This is also part of the reddiquette:

If you think something contributes to conversation, upvote it. If you think it does not contribute to the subreddit it is posted in or is off-topic in a particular community, downvote it.

Don't Downvote an otherwise acceptable post because you don't personally like it. Think before you downvote and take a moment to ensure you're downvoting someone because they are not contributing to the community dialogue or discussion. If you simply take a moment to stop, think and examine your reasons for downvoting, rather than doing so out of an emotional reaction, you will ensure that your downvotes are given for good reasons.

Having discussions is really hard because everyone uses the downvote button as an opinion button.

That's why redditors are creating a bubble around them and just circlejerking over their opinion over and over again.

A big circlejerk is multi-level-marketing. Many Reddit users are emotionally driven and unable to think differentiated. For them, every MLM is a pyramid scheme. If you try to explain to them that this is not the case you are being downvoted to hell. Even though it was a civilized discussion based on hard facts.

All in all, there's so much wrong with reddit that I'm finally completely fed up with it. I did like the platform a few years ago but I'm now trying to get away from it as much as possible.

This comment sums it up very good as well: